Progress is a slow burn. An appreciable amount of time must pass before the benefits of legislative change may be felt by the heart of the populace. For all but our most enthusiastic beltway fanboys (and fangirls), the passing of time and the prevalence of opposition propaganda obfuscates the link between cause and effect. The connection between good governance and the people’s prosperity becomes muted.

This, perhaps, is the most salient political attribute when considering the potential success of the obstructionist agenda1. Politicians will always take credit for the feel goods of the present, regardless of any past effort to kill those feels in utero. Hey, y’all remember that time when that deadly pandemic ran roughshod across our nation’s backbone and the only thing keeping us from being left permanently gimped was the American Rescue Plan?

Do y’all remember how that whole thing went down? First, the House was all:

Then the Senate, after making some modifications, came back all:

After which, the House signed off on those changes made by the Senate like:

And, do y’all remember how those m0therf$&kers still went home and tried spinning that sh$t as something they’d delivered to their constituents?

To understand why these little f$&kers would even think they could get away with that kind of horsesh$t (as well as why they f$&king do get away with it) requires a better understanding of the context within which we find ourselves.

The bifurcated information ecosystem2 has established itself as the dominant characteristic of the modern twenties. America’s existential crisis depends upon its existence. I nominate the looming demographical inflection with regard to the prevalence of the melanocytic synthesis of melanin within the populace3 as the dominant catalyst for all things sh$t show. The contextual infrastructure upon which we’ve built the twenties was engineered in the teens … that of the teens built atop the aughts … and so on. When considering those dominant attributes I’ve defined above, I find the most significant characteristic of our inherited context to be this: we are a minority rule nation. We have been for decades. In this nation (as in most, if not all, nations), wealth purchases power. Follow the distribution of wealth and you’ve traced the distribution of power. Now, observe its composition. How does it compare to the composition … to the complexion … of we the people?

Of course, we the people are not without representation … not without power. Bernays had it right in 1928:

So vast are the numbers of minds which can be regimented, and so tenacious are they when regimented, that a group at times offers an irresistible pressure before which legislators, editors, and teachers are helpless. (Propaganda 52-53)4

In the bifurcated information ecosystem, however, those who would rule from the minority discovered a powerful power limiter … the fabricated reality. The supplanting of print media by social media has unlocked the full potential of bad faith propaganda for political purposes. An environment had been cultivated which would allow for the exploitation and the weaponization of a party base on an unprecedented scale.

These are the conditions that forked the path for the party of Lincoln. Its members stood at the fork with two options before them.

Option 1: Embrace the party’s theoretical role as a stable for civil servants. Put their constituents’ needs above that of their donors’. Offer the people a competitive platform envisioning a multicultural democracy. Release the power their donors purchased back into the people’s care and work to gain the people’s trust. Having won that trust, wield that power once more … as custodian … appointed by the people.

Option 2 Embrace the power their donors purchased. Fill the courts with minority rule sympathizers. Limit the people’s power wherever possible. Disenfranchise the masses. Groom a constituency built upon the altar of the cult of personality. Embrace fascism. Embrace white nationalism. Embrace immortality by way of drinking up babies whilst wearing little girl faces. Offer the people nothing. 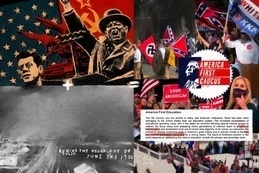 I needn’t tell you which path was chosen.

As it turned out, we the people still held sufficient power in 2020 to reject the GOP’s invitation to dump democracy in favor of fascism. Anyone who thought being rejected by the people would curb the newly acquired autocratic tendencies failed to understand the catalyst … to understand the conditions as I have described them. There were losses. Many losses. There were also victories. The political needle had been successfully fixed by the deployment of their fabricated reality. No clearer example of our dual reality configuration could I imagine than that of the rise of the American anti-vaxxer. The base with which they made it close remains largely intact. It will not grow. Perhaps it needn’t grow. Perhaps they may engender the opposition base to shrink.

There are two sides to this coin and both are shaped by the choice to offer the people nothing. When you offer nothing, your legislative aim becomes laser focused … prevent the opposition from offering something to the people. Receiving something from your opposition that you have refused to offer is purest way to break the spell … to expose the fabrication of one’s reality by nefarious architects. The flip side of that coin goes like this: the people will expect the opposition to convert promissory notes into bonafide benefit. Failure to do so would breed apathy … perhaps even anger.

While I work to refine this rough draft into an argument of substance, let’s look at that collection of promissory notes … remembering that Mitch decided what would (and would not) be brought before the 116th Congress … and that reconciliation bills alone may pass with a simple majority in the 117th Congress (fingers-f$&king-crossed for the 118th Congress).

For the People Act

To expand Americans' access to the ballot box, reduce the influence of big money in politics, strengthen ethics rules for public servants, and implement other anti-corruption measures for the purpose of fortifying our democracy, and for other purposes.

This bill addresses voter access, election integrity and security, campaign finance, and ethics for the three branches of government.

To require a background check for every firearm sale.

To prohibit discrimination on the basis of sex, gender identity, and sexual orientation, and for other purposes.

This bill prohibits discrimination based on sex, sexual orientation, and gender identity in areas including public accommodations and facilities, education, federal funding, employment, housing, credit, and the jury system. Specifically, the bill defines and includes sex, sexual orientation, and gender identity among the prohibited categories of discrimination or segregation.

To provide for the admission of the State of Washington, D.C. into the Union.

To hold law enforcement accountable for misconduct in court, improve transparency through data collection, and reform police training and policies.

To amend chapter 44 of title 18, United States Code, to strengthen the background check procedures to be followed before a Federal firearms licensee may transfer a firearm to a person who is not such a licensee.

To authorize the cancellation of removal and adjustment of status of certain aliens, and for other purposes.

This bill provides certain aliens with a path to receive permanent resident status and contains other immigration-related provisions.

Removing the deadline for the ratification of the equal rights amendment

This joint resolution eliminates the deadline for the ratification of the Equal Rights Amendment, which prohibits discrimination based on sex. The amendment was proposed to the states in House Joint Resolution 208 of the 92nd Congress, as agreed to in the Senate on March 22, 1972. The amendment shall be part of the Constitution whenever ratified by the legislatures of three-fourths of the states.

Protecting the Right to Organize Act

This bill expands various labor protections related to employees' rights to organize and collectively bargain in the workplace.

To amend the Federal Food, Drug, and Cosmetic Act with respect to limitations on exclusive approval or licensure of orphan drugs, and for other purposes.

This bill limits which orphan drugs may be granted a market exclusivity period by the Food and Drug Administration (FDA). (Generally, an orphan drug is one that is not economically viable because of the rarity of the disease that it treats. The sponsor of an FDA-designated orphan drug may be granted various incentives, such as a seven-year period in which the FDA may not grant market approval to a different sponsor for the same drug to treat the same disease.)

To require congressional notification for certain changes in status of inspectors general, and for other purposes.

To amend the Voting Rights Act of 1965 to revise the criteria for determining which States and political subdivisions are subject to section 4 of the Act, and for other purposes.

This bill establishes new criteria for determining which states and political subdivisions must obtain preclearance before changes to voting practices may take effect.

To amend the Federal Funding Accountability and Transparency Act of 2006, to require the budget justifications and appropriation requests of agencies be made publicly available.

Effective Assistance of Counsel in the Digital Era Act

To regulate monitoring of electronic communications between an incarcerated person in a Bureau of Prisons facility and that person’s attorney or other legal representative, and for other purposes.

This bill prohibits the Department of Justice from monitoring the contents of a privileged electronic communication between an incarcerated person and his or her legal representative.

Luna and Obi with Nozz

thank you ..... for your patience and understanding ... 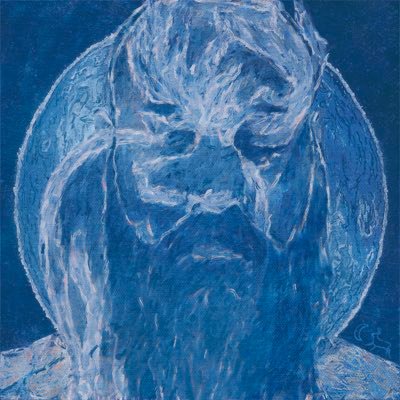 @Moondeer Thank you for having the interest and patience to have a look;)